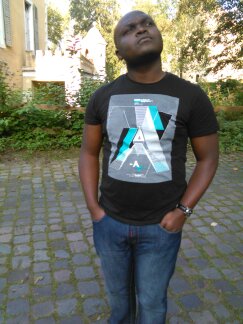 When she came to you last Sunday and asked which part of Africa you were from, you thought she was not one of those people. Those white-church people who thought Africa was a single country with warring and half naked peopled tribes. So, you smiled at her and said “Nigeria”. “I am Igbo, from the Eastern part of Nigeria”, you added. She smiled back; her blush reddening as she took the empty seat beside you.

She told you she had been to Ghana where she attended a good church with fire, she stressed the fire, her accent bending the word to sound like “foya”. She told you of her time in Uganda, Zambia and South Africa; she had visited Uganda and Zambia with her second husband and South Africa with her third and present husband. She told you that in those countries she met other fire brand Christians who could pray an entire week without food. But she had never been to your country, Nigeria though she had heard of the revival in your country of men and women who really sought and knew God not like the Europeans who had abandoned God and church.
She was beginning to sound like them you thought. “People should be able to subscribe to whichever religious system they want to. If Europeans don’t go to church again, they have their reasons. And Nigeria is not a Christian state” you had told her praying she would be kind enough to leave you at that moment.
“Don’t you think we should be doing something about that?” she responded. “Souls are perishing in Africa, many Africans are going to hell if they don’t change from their voodoo ways” she added with that knowing mischievous smile you had seen on many other faces.
You were beginning to hate her now. She was obviously one of them. One of those Christian people you had met in several other churches you had attended across Europe. But you allowed her; you were willing to suffer her foolishness gladly. “Don’t you think you should be more concerned about your country than Africa where religion is presently a problem in some parts?”
“No, you don’t understand, we need to save Africa, polygamy, female genital mutilation and all those” she quipped back. “Most especially with voodoo” she waved her hand like a conductor leading an orchestra when she said “voodoo”.
Your Nigerianness slipped in “Ehn ehn?! So what’s wrong with polygamy?”
“What’s not wrong with polygamy?”
“I don’t think polygamy is wrong provided it is done with consent and the woman is also allowed to come home one day with another man and tell her husband she has a second lover”.
She looked at you in surprise, her blush a dark red, she threw some strands of straying hair to the packed lots and muttered with something close to anger, “no, that is not right and we have to save the Africans they are perishing, their souls will rot in hell if we don’t save them”.
You were beginning to enjoy how she looked and it was your turn to enjoy the moment. You dropped the shell and shattered the friendliness that was budding between you two, “but you are also a polygamist if we look at it from a Biblical stance, you have divorced two husbands before your present husband.” You fired.
She went ballistic, her high-pitched voice filling the church hall. She told you that you had no concern with her private life and that you were not genuine with your Christianity and that you, Emeka who had gotten born-again twenty years ago as a secondary school student, were an ungrateful servant saved but not wanting to save the many perishing lots in Africa.
“We can start from here, from your country” you retorted with a mirth.

The 2016 Caine Prize: The burdens of identity and fading memories

The 2016 Caine Prize shortlist is out and the stories have the African literary community  abuzz: Abdul Adan’s, The Lifebloom Gift, is a dark, troubling story about sexuality and other identities; Lesley Nneka Arimah’s What It Means When A Man Falls From The Sky, is a dark, fascinating, and brilliant story about identity, and gentrification; 2013 Caine Prize winner, Tope Folarin’s Genesis, is a dark, haunting commentary on mental illness and a heart-warming story about children growing up in the shadows of their parents’ and Utah’s anxieties; Bongani Kona’s At Your Requiem, is a dark tale of childhood wars (rivalries, child sexual abuse, etc.); and Lidudumalingani’s Memories We Lost, is a dark, affecting tale about sibling and communal love and mental illness. You get the point. It’s all dark, these writers thrive on the edges of a dark, dark, world.

Identity. There is a good conversation to be…